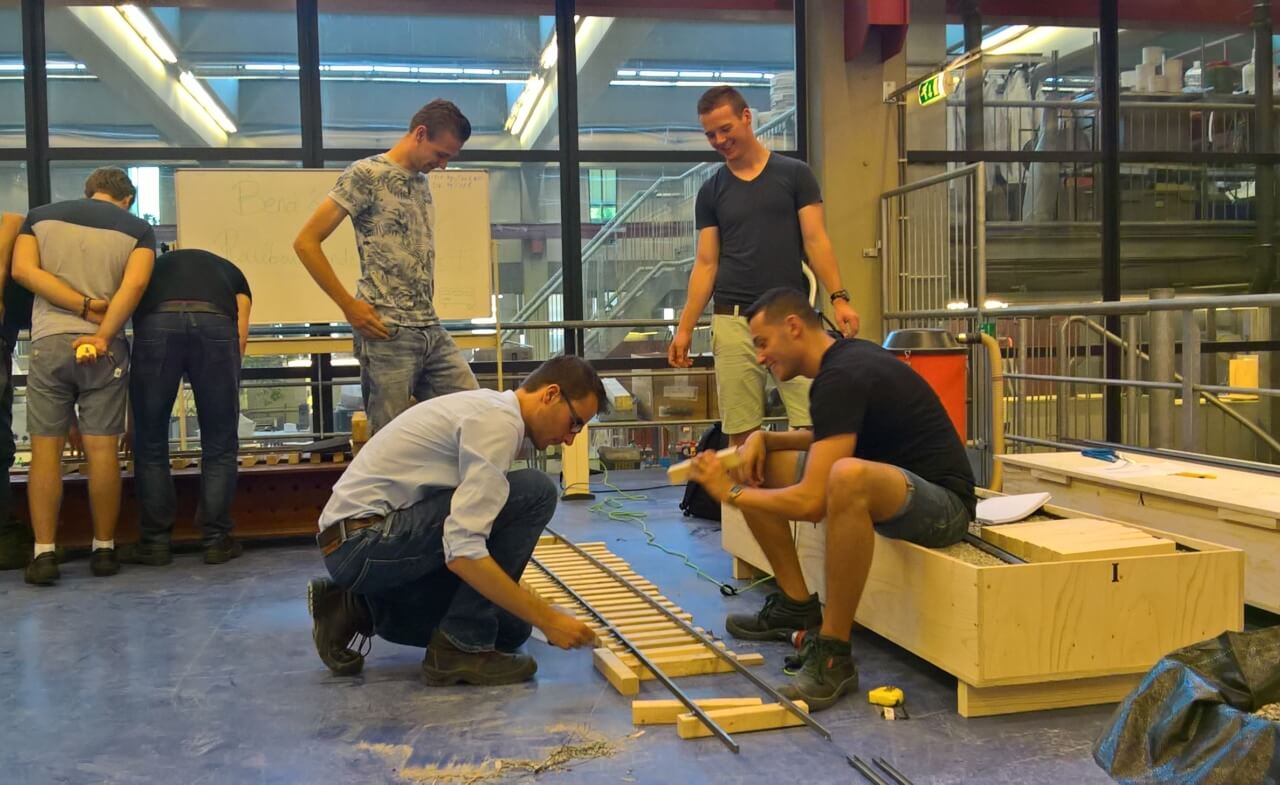 Bend&Break is one of the minors offered by TUDelft to students in the third year of the Bachelor. This year, the Railway Engineering component within Bend & Break was renewed. The central theme of the rail component is the transition zones, for instance between railway bridges and railway track. Because of the soft ground in the Netherlands the track continuously sink. The bridge is well-grounded causing a difference in height between the bridge and the surrounding. That this leads in practice a lot of problems is clear.

Eleven teams of students designed a transition structure between a railway bridge and the railway, built and tested at scale 1:7. The teams had freedom to decide their designs, which has lead into a wide variety of new possible solutions. Using a train (micro CTO) in the same scale of the track, students could see the dynamic consequences of their design. In addition, a number of fixed sensors were used to measure the transition zone. With this setup, the teams adapted their designs and improved them.

End of September was held the grand finale of Bend&Break Railway Engineering. Each team has demonstrated its design and, based on measurements, a winning design was selected. The winners of Bend&Break Rail 2016: Mitchel Bodde, Djonno Bresser, Ji Fan Chan, and Wouter Donders.

The team of Bend&Brake Rail 2016: Dirk Doedens, Jurjen Hendriks, Evert van Veldhuizen, Jan Moraal, Valeri Markine and Harm Visser, all of them from the Section of Railway Engineering, TUDelft.